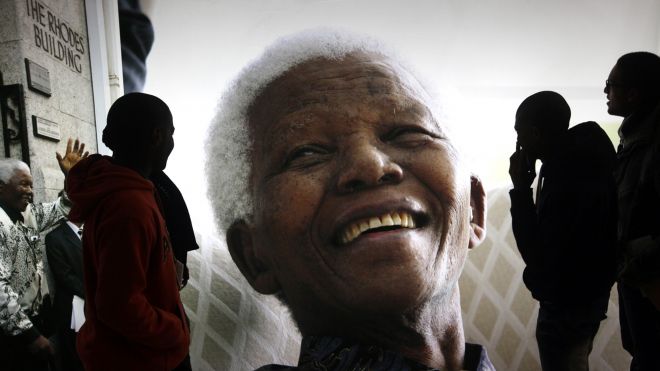 “I learned that courage was not the absence of fear, but the triumph over it. The brave man is not he who does not feel afraid, but he who conquers that fear.”  Nelson Mandela

I will mourn the loss of one of this world’s most inspirational leaders.  His beliefs and the way that he lived his life were a testimony of his effort to educate those around the world through the example he set by spreading the idea of democracy, freedom, and equal rights for all human beings throughout the world.

Mandela was known worldwide as a teacher, political prisoner, civil rights activist, freedom fighter, the first black President of South Africa, father, and husband. His fight was for all people no matter what their ethnicity, race, creed, religion, etc. He believed that everyone should live their lives by respecting and enhancing the freedom of others!

The leadership style and the way that Nelson Mandela lived his life has shown me that helping others and being a servant leader are the way that I want to live my life. I will be forever grateful for those lessons learned by this great man. “Education is the most powerful weapon which you can use to change the world,” Mandela stated.